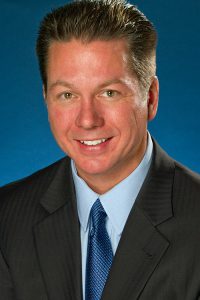 As the President of Castlebrook Media, Keith has a vast background in strategic broadcast media planning as both Local Sales Manager and a top performer for WTTE Fox 28 and WSYX ABC 6/Sinclair Broadcast Group. During his 10 year tenure at SBG, Keith managed the Broadcast TV Station’s commercial inventory as well as the Account Executives. Keith demonstrated a proven ability to surpass monthly revenue goals for new and existing clients while working for the largest independent broadcast company in the nation. He has received multiple acknowledgements for his success and service to his clients, including the 2010 Noll and Associates’ Top 10 finalist for the USA and Canada’s Award of Excellence.

In 2012, Keith and Kim co-founded Castlebrook Media, LLC – a strategic media planning and development company focused on delivering improved ROI for his clients. His initial clients, Ricart and Dan Tobin Buick/GMC, selected Keith over several local and national agencies. In addition to Automotive, Castlebrook Media has since expanded into medical, legal and home improvement clients as well.